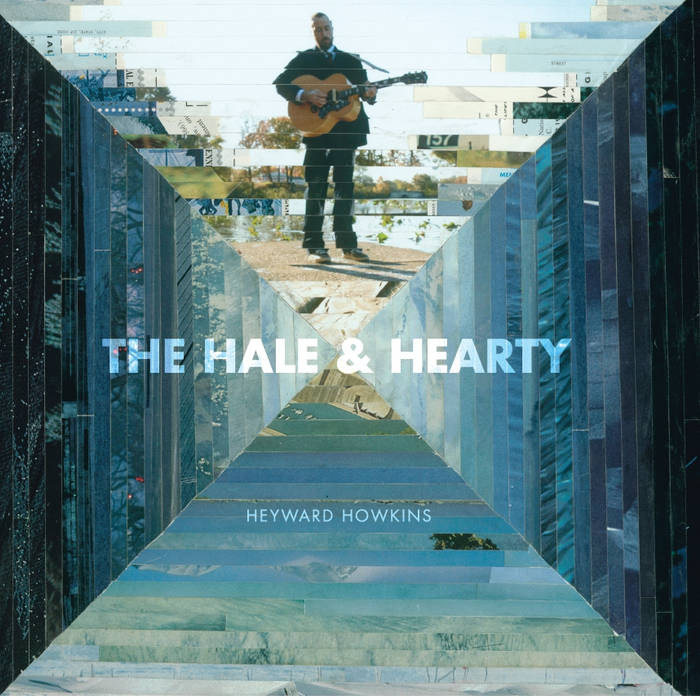 "By the side of the sleepy canal . . ." and a beckoning bed of strings. So begins The Hale & Hearty, the debut release from Heyward Howkins. Produced by Chet Delcampo (an accomplished artist in his own right who has been linked with Smokey Robinson, Kid Congo Powers, David Lovering, and Fred Myrow). Like a patchwork suit, it’s equal parts British tweed (see Nick Drake, John Cale, The Smiths) and dusty American flannel (see Bon Iver, M. Ward, Damien Jurado). Heyward has crafted an album with diverse sounds and surprising arrangements that compliment, but never overwhelm, his evocative melodies and lyrics.

Paying tribute to his family's long and storied history, Heyward takes his name from his five-times grandfather Thomas Heyward (dubbed “The Singing Signer”), founding father and signer of the Declaration of Independence. Other members of the Heyward family are called out in the song Spanish Moss, featuring the lyrics, "Brimmed hats on babes in waiting / Magnolia is housing / Heywards on cotton couches." References to Savannah cotton magnate Jacob Guerard Heyward are contrasted with his middle-class Philadelphia existence, which Heyward sings about with love and empathy, "My city's cold and naked / Who'll wrap an arm around it?"

Heyward first garnered attention in the early 2000s as the lead guitarist for The Trouble With Sweeney, opening for My Morning Jacket and OK GO. The Trouble With Sweeney released three EPs and two LPs, including the widely praised I Know You Destroy and Fishtown Briefcase, and twice landed on Rollingstone.com's Editor's Top Picks of the Year before amicably disbanding in 2004.

The Hale & Hearty features songs grounded in local surroundings but also effortlessly ventures into more fanciful territory. "Young Bowerbird / He made an offer / Stacked high for a lady that's wandering by," Heyward sings in Plume and Orange, a mournful but ultimately hopeful tale of the last two birds on Earth. "She's through with talking / They're the last two with a body still walking." Even when faced with the apocalypse, the pair still find time to bicker about daily life.

The title song pulls together the album's recurring theme of feeling a deep connection to a time and place but simultaneously remaining on the outside. "Go on, have another bump 'til it all feels right," Heyward sings. "Look at your crowd / They are so hale and hearty."


Making this record has been both the silliest and most rewarding pursuit of my life. After two years, it was like earning a master’s degree in second guessing. I never even considered recording and releasing a record until I happened to get laid off from my geology job. At times writing and singing songs seems totally ridiculous to me, but I can’t stop … so it goes. Thanks for listening, and try not to take these songs or yourself too seriously.

In memory of C. Difilippo and N. Hazwezwe

Proudly produced in the best city in America—Philadelphia, PA

Bandcamp Daily  your guide to the world of Bandcamp